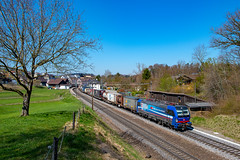 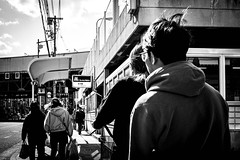 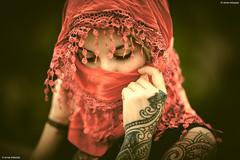 Here is my final project. I tried to make a movie that characterized Tony Montana in Scarface as a happy, successful immigrant. So I took some famous clips from Scarface and I did a voice over with my sons. I wanted to use that “Happy” song by Pharrell but I don’t have it on iTunes so I just added the Wavin’ Flags song at the end–I think more music would be fun, but as always, I felt like I was working under tight time restraints to get this done during the week. I hope this meets the requirement — I still feel that if I used this stuff more frequently it would go faster, but I am slow piecing things together because it’s not something I do all the time. I was forced to do what I could under the time, and I definitely know more than I did a few months ago 😉

Here is my understanding of remix vs. mash-up. You remix a work when you alter one particular work. Like there are remixed songs where you basically have the same song but you add some new parts but it is still the same song. An example is the song “Deuces” and the remix version has other rappers add parts to the original but it is still called “Deuces” A mash up would be a whole bunch of works mashed together and I am thinking about a video that has all the different versions of a movie (say Batman) and then puts them together to create something different. The in-between example is the song “Forever Young” — an old 80s song, but Jay-Z uses the refrain and makes it a completely different song. So it is like a remix but where the original is extremely different.

I have a limited discussion of the topic on this video:

Working on some of the assignments –

Here is the emoji plus picture.

This is my foley using the Chaplin Lion Cage video:

This was a 5-star assignment to show highlights from a professional athlete. It took me some time, and I don’t like the way the music cuts off at the end, but i like the videos.

This was a 4-star assignment to use selfies to tell a story. This is sort of a story of running, but definitely needs development. Basically, I feel that I could create a great story and make this video into a legitimate story but I feel that working under these time constraints (needing to do a whole series of assignments in one week… ) makes it impossible for me to work to my perfectionist standards, so I end up with things I don’t really like but I just need to get it done… Maybe there is value in “just getting it done…” IDK….

Last project is unfinished. I am posting part of it– the ending. It is a 3-star (for a total of 12…) assignment to make a video of doing something green. The part you can’t really see is my youngest son carrying the recycling to the curb. It is almost midnight. There is a lot of cursing because he is carrying two garbage cans and his older brother is filming him and laughing. Then he drops the cans, spilling the bottles all over the street and there is more cursing… so I had to edit heavily. I need to add the part where I ask my sons to take care of the recycling and they say “yeah, sure…” but never do it…. They didn’t get home in time to do that part so I’ll add it later.

Film – Airport – Rocky is looking through the revolving door and people are walking in front of him as he watches his son.

Camera turns to face speaker as they talk standing still

Listener’s back is in shot

Cut to 180 both guys in shot. camera faces street with houses on both sides – focal point

back to conversation with speaker facing camera

close up on rocky

close up on son

back to conversation rocky walks toward camera and out of scene

faint conversation and sounds of people moving through airport

clearer conversation with rocky and son

only hear voices of speakers

pause while rocky holds up hand

quiet music at the end

finger in the face of the son from the other guy

Rocky says “someone put a finger in the face”

you’re better than that  – loud

quiet ‘ i’m always gonna love you no matter what. quiet piano music as he walks away

son turns to watch him walk away

Inspirational speech – Any Given Sunday –

people hanging out in luxury box

close up of players – some sad, some mad some heads down hands crossed of coach in corner

players start to get riled up

start looking up and around

all players looking up at him

he is toning it down they go crazy start yelling

audio – slow speech slow sad music we’re in hell head down as he talks about all his mistakes music gets louder and he gets louder – the inches we need are everywhere around us – on this team we fight for that inch – loud music and yelling – but pauses and gets quieter – now what are you going to do?

run out – only hear music until they get in the arena

Ooops – I didn’t have to do two movies. I should learn to follow directions. I also didn’t realize we had to find additional clips for one of the movies, and I don’t really like either of them…

Here are the interesting things I learned about Any Given Sunday:

3. Director Oliver Stone tried and failed to get the National Football League’s permission to use real NFL team logos and stadiums for the film.

The genre is drama. There is personal drama of Al Pacino’s character.

Now that I read the assignment, I see that I am supposed to work on editing clips from the movie(s) that I chose for analysis. But truthfully, I don’t really like either movie; I was just interested in seeing those inspirational speeches now that graduation season is here. Instead, I decided to do something relevant to my job. We are studying Macbeth, and I like to show a variety of film and theatrical versions of the play. One area that is interesting is how those different versions show Banquo’s ghost in Act III, so I was looking to string together a montage of Banquo’s ghost. Instead I just used two very different ones that I think show remarkable contrast. The clips are too short for my class–I think I need a longer version and more variety–but you should get the idea of what I’m attempting. This is definitely a work in progress, but I am working under time constraints due to my real life….

I just spent lots of time finding and editing clips on MPEG Stream Clip, but I couldn’t save it for a while. I found this very (not) funny — after instructing us to do all this editing, there is this note: “invariably, MPEG StreamClip fails because clips have different sizes, do not try and make it perfect, just practice using the trim tools)” WHAT? Thanks for that warning AFTER we do all the work…

Here is my attempt to edit the two clips:

That is actually my first YouTube upload, so please don’t judge too harshly….

Here is the link to my re-made google search page:

No profound insight. I just did the assignment….

Serial — The Deal with Jay

I just listened to Serial. I don’t understand Jay, but the jury seemed to like him so he might be one of those people who is likeable in person. BUT Adnan’s defense attorney is definitely NOT likeable. Her voice is grating and annoying and she is yelling–she may have lost the case just on how she seems so aggressive toward Jay, but not in a logical way. She was asking Jay if he was telling the truth, but she poses the question in the negative so it’s confusing. And I think the jury wanted to see Adnan on the stand–why didn’t she do that? If they liked Jay, maybe they would like Adnan too?

Here is my poster. My son said it looks like a seven year old did it. Thanks for that…